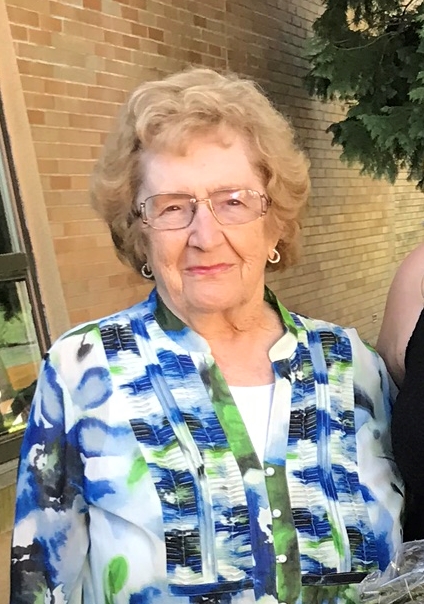 Beverly June (Longmire) Dillon, age 93, a longtime resident of Sedro-Woolley, passed away at her home on April 10, 2022, one day short of her 94th birthday.

Beverly was born on April 11, 1928 in Yakima, WA the daughter of Kenneth B. and Louella (Simon) Longmire.  She was a very proud member of the Pioneer Longmire family.  Beverly was raised and attended school in Naches, WA.

While attending Washington State College Beverly met Carroll Dillon and they were united in marriage in Naches, WA on June 20, 1948.  Beverly and Carroll both transferred their studies to the University of Washington in Seattle in 1949 where Beverly earned a degree in Home Economics. Afterwards they made their home in Ellensburg, Longview and Tacoma, WA until finally settling in Sedro-Woolley in 1959.

Beverly worked for many years for the Snelson Plumbing & Heating Company, as a bookkeeper for the family business, Valley Auto Supply, and worked for Alberta’s Drapery designing and making custom drapes for several custom homes around the Northwest.

Beverly was very active in her community, she was a Life member of the Sedro-Woolley Chapter of Beta Sigma Phi; Cyrene Chapter # 110 Order of Eastern Star, where she was Past Worthy Matron and also held multiple chair positions at the state level; she was active in the Skagit Rock & Gem Club; was a member of the Northwest and National chapters of the Federation of Mineralogical Societies; the Daughters of Nile and numerous other civic organizations.

Beverly was a very talented person, she was a self taught pianist and organist. She designed and created many unique one of a kind jewelry pieces and for a while she taught a jewelry making class at Skagit Valley College and also held classes for many years in her home.  When she wasn’t creating jewelry she was busy reading, knitting or crocheting.

Beverly also enjoyed the arts, attending numerous theater productions, museums and concerts. She was a world traveler, going on many trips and cruises with family and friends, and she and Carroll enjoyed visiting Singapore, Portugal, Spain, Morocco, Asia, Australia, New Zealand and the Panama Canal.

She was preceded in death by her parents, Kenneth and Louella; her husband, Carroll; sister, Bernice Joann Longmire; son-in-law, Tom McPherson and sister-in-law, Arlene Stearns.

In memory of Beverly the family suggests memorials be made to a charity of your choice.

Funeral Services will be held on Saturday, April 23, 2022 at 1:00PM at Lemley Chapel. Committal services will be at the Sedro-Woolley Union Cemetery followed by a fellowship gathering at the Masonic Lodge.  Share memories of Beverly and sign the online guest register.