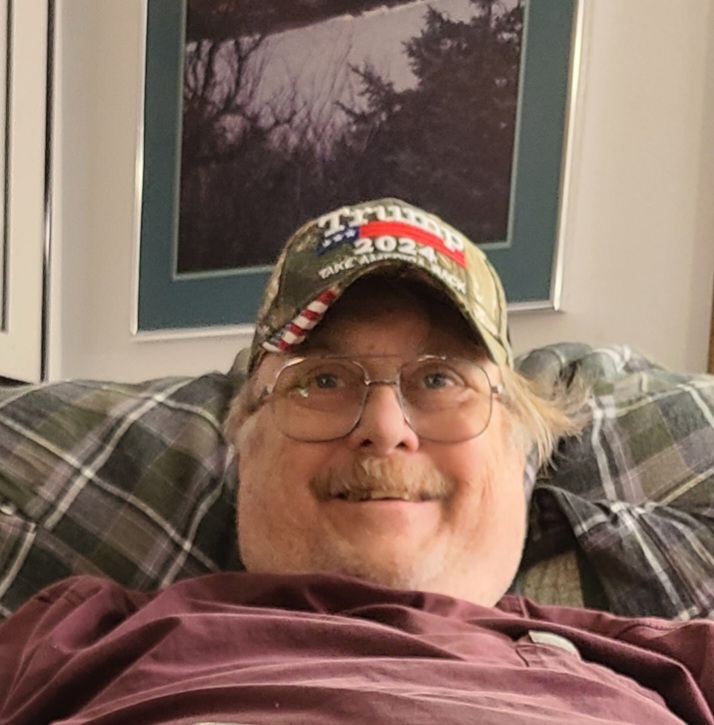 Retired electrician and proud Poppy, Blake W. Van Fleet  passed away June 24, 2022 at his home in Sedro-Woolley.  His wife of 34 years Sherry Van Fleet was by his side.

Blakes great-grandparents Emmett and Eliza Van Fleet were homesteaders of Sedro-Woolley and Blake was born here on March 11, 1953.  He graduated from Sedro-Woolley High School in 1971 where he played left tackle for the Cubs.  Blake served in the United States Air Force from 1973 to 1977 as an Electronic Warfare System Specialist working on warfare radar jamming systems on the island of Guam. In 1979 he started work for IBM and worked in Colorado and North Carolina, he returned home to Sedro-Woolley in 1986.  In 1987 he met the love of his life Sherry, and the two were married in April 1988.  Blake worked as an electrician reaching Master Electrician, a status earned by few in his field. He retired from Tesoro in 2015 and spent many joyful days swimming, playing and eating pancakes with his ray of sunshine, granddaughter Kilynn.  Blake loved being on the water in his boat fishing and crabbing with friends and family. A memorable time was spent on the Kenai Peninsula with cousin, Mack.

He is survived by wife, Sherry; daughter, Katy (Brad); granddaughter, Kilynn; numerous cousins, nieces and nephews. A special thank you goes to lifelong friends, Jimmy and Judy Booth for all their love and support given during this difficult time.

Blake was preceded in death by his parents, Virgil and Rosalie; sister, Brenda.

Graveside services will be held at 2:00, on Friday, July 8, 2022 at the Sedro-Woolley Union Cemetery followed by a Celebration of Life at the Sedro-Woolley Eagles Club. In lieu of flowers donations can be made to the Gretzky fund at the North Cascade Veterinary Hospital in Sedro-Woolley. Share your memories of Blake and sign the online guest register.