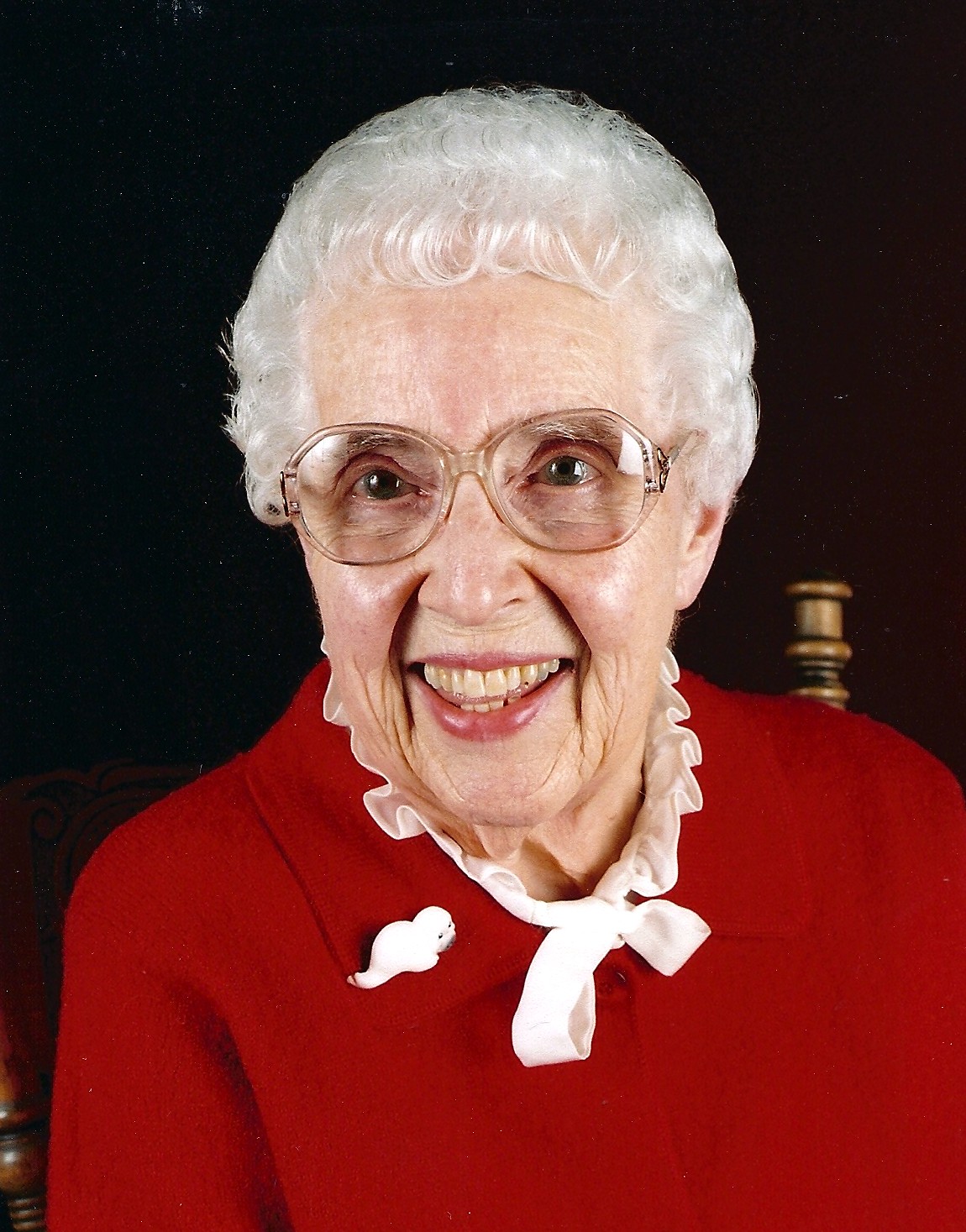 Ella A. Nichols, 98, a longtime Lyman area resident, passed away on Thursday, May 13, 2010 at the Creekside Retirement Community in Burlington.

She was born on November 21, 1911 in Seattle, Washington, the daughter of Jesse & Elizabeth (Huelsdonk) Smith.

The family made their home at Sauk, Washington until moving to Burlington in 1914 where Ella was raised and attended school, graduating from Burlington High School in 1929.  She attended the then Bellingham Normal School (WWU), graduating in 1931.

She began her teaching career in a one-room school house near Quinault, Washington.

On June 17, 1939 Ella was united in marriage to Raymond Nichols in Burlington and they made their first home in Sedro-Woolley, later moving to a farm west Lyman where she made her home for nearly 70 years.

Over the 32 years of her teaching career Ella also taught in Burlington, Samish, Sedro-Woolley, Clear Lake and Lyman.

She was preceded in death by her husband of 57 years, Raymond in 1996; her parents; an infant sister, Betty Smith; 3 sisters-in-law, Eva Smith, Virginia Nichols and Glenda Nichols and 3 brothers-in-law, George, Harvey & Owen Nichols.

Ella is survived by her daughter, Sibyl Wilfong and her husband George of Puyallup, WA and her son, Frank “Pete” Nichols and his wife Gail of Lyman. Granddaughters, Michele Perry and husband Ed of Burlington, Margaret “Peggy” Haskey and husband Steve of Puyallup and Christi Swatzell and husband Mark of Sammamish. Grandsons, Tom Wilfong and his wife Cindy of Camano Island and Jon Nichols and his wife Mindi of Lyman. 9 great-grandchildren, Elizabeth & Chelsey Haskey, Brett & Brock Wilfong, Ryann & Renae Perry and Alivia, Allison & Carson Nichols. Her brother, Frank Smith of Burlington; sister-in-law, Doris Nichols of Sedro-Woolley and numerous nieces, nephews and cousins.

The Nichols family suggest that memorials be made to Children’s Hospital, the Skagit Valley Grange Building Fund or the Skagit Council on Aging.    They also wish to thank the staff of Skagit Hospice  and at the Creekside Retirement Community for their loving care and friendship.

Funeral Services will be held on Wednesday, May 19, 2010 at 1:00 PM at Lemley Chapel in Sedro-Woolley.  Interment will follow at the I.O.O.F. section of the Sedro-Woolley Union Cemetery.