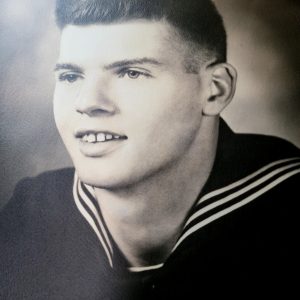 Franklin Ripley, 84, passed away peacefully into eternal life on March 22, 2022.  Frank was born in Croydon, Pennsylvania.

In 1961 Frank was hired and worked for Boeing Vertol Company in Ridley Park, Pennsylvania as a flight test mechanic.  He worked on CH-47 Chinook Helicopters.  In 1978 he transferred to Boeing in Everett, WA.  Frank was a Quality Assurance Inspector on 767 and 747 Aircrafts. He also worked in AOG and traveled the world.

Frank retired after 38 years of service at the Boeing Company.  After retiring he joined the Marine Corps League and working with the Boy Scouts and Rep. Ric Larsen. He made sure each Eagle Scout had a flag flown over the Nation’s Capital, then brought each flag back to  be presented at their Court of Honor.  He was an asset to his community helping neighbors do chores, standing outside the store  gathering toys for the children at Christmas.  His hobbies included going camping with his camping club, gardening and traveling.  He loved watching local sports such as Seahawks, Mariners, PGA golf and after watching  he loved talking about the games with his sons.

A Memorial Service honoring Franks life with full Military honors will take place at 12:00, on Saturday, May 7, 2022 at Lemley Chapel, Sedro-Woolley.  Share your memories of Frank and sign the online guest register.