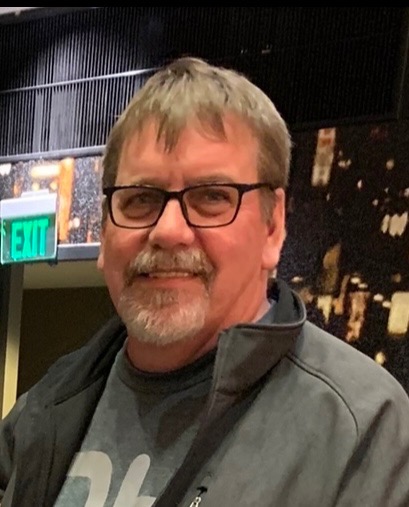 Kent Russell Henry was 65 and a resident of Sedro-Woolley, Washington.  He passed away Friday, April 8, 2022, in Mount Vernon, WA after losing his battle with cancer.  He was born on November 4, 1956, to Dean and Donna Henry in Mount Vernon.  Kent has one brother, Ted (Stephanie) Henry, and one sister, Gail Mendoza.

In June of 1990, he met his spouse, Brenda and her daughter, Amy (Rich) Parker.  He was married to Brenda Dills on April 12, 1997.  Previously, Kent was married to Kristi, and they had two children together: daughters, Whitney (Dustin) Gomes and Leslie Henry.

Kent graduated from Mount Vernon High School in 1975.  He had several jobs before he started at Hexcel in 1990 where he retired after 28 years.  Through the years, he enjoyed playing BINGO, golfing, camping, playing darts, bowling, and spending time with his “girls.”  He loved to travel to Arizona to visit his mom and dad and to watch Mariners Spring training.  He was an avid Mariners and Seahawks fan.  He enjoyed watching all sports.

A Celebration of Life will be held on Saturday, April 23, 2022, from 12:00 pm to 2:00 pm at Sedro-Woolley Eagles.  In lieu of flowers, please make a donation to Cancer Care via the Skagit Valley Hospital Foundation.  Donate online at www.skagitregionalhealth.org/foundation.