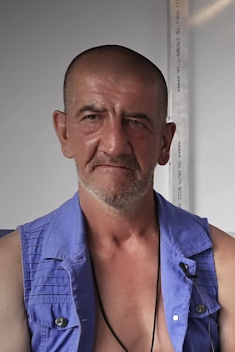 Melvyn Gene Loehr, Jr., 53, of Skagit Valley, Washington, passed away unexpectedly on Tuesday, March 29, 2022 due to a hit and run accident in the Big Lake area.

Gene was a good man, with a kind heart and a loving soul.  Gene was a son, brother, father and friend to many.

He was born on April 28, 1968 in Sedro-Woolley, Washington to Norma (Bruns) Johnson and Melvyn Loehr, Sr.  He grew up in the Sedro-Woolley area, where he has made many friends.  He also worked in many different establishments over the years here in the Skagit Valley area as a cook.

Gene loved to fish on the Skagit River for salmon and talk with whomever he met along the way.  However, his pride and joy in life was his son, Kyle Loehr, who he would speak about often.

A Memorial Service will be held at 1:00, Saturday, May 14, 2022 at Lemley Chapel in Sedro-Woolley, WA. Gene will be greatly missed by many.  Share your memories of Gene and sign the online guest register.