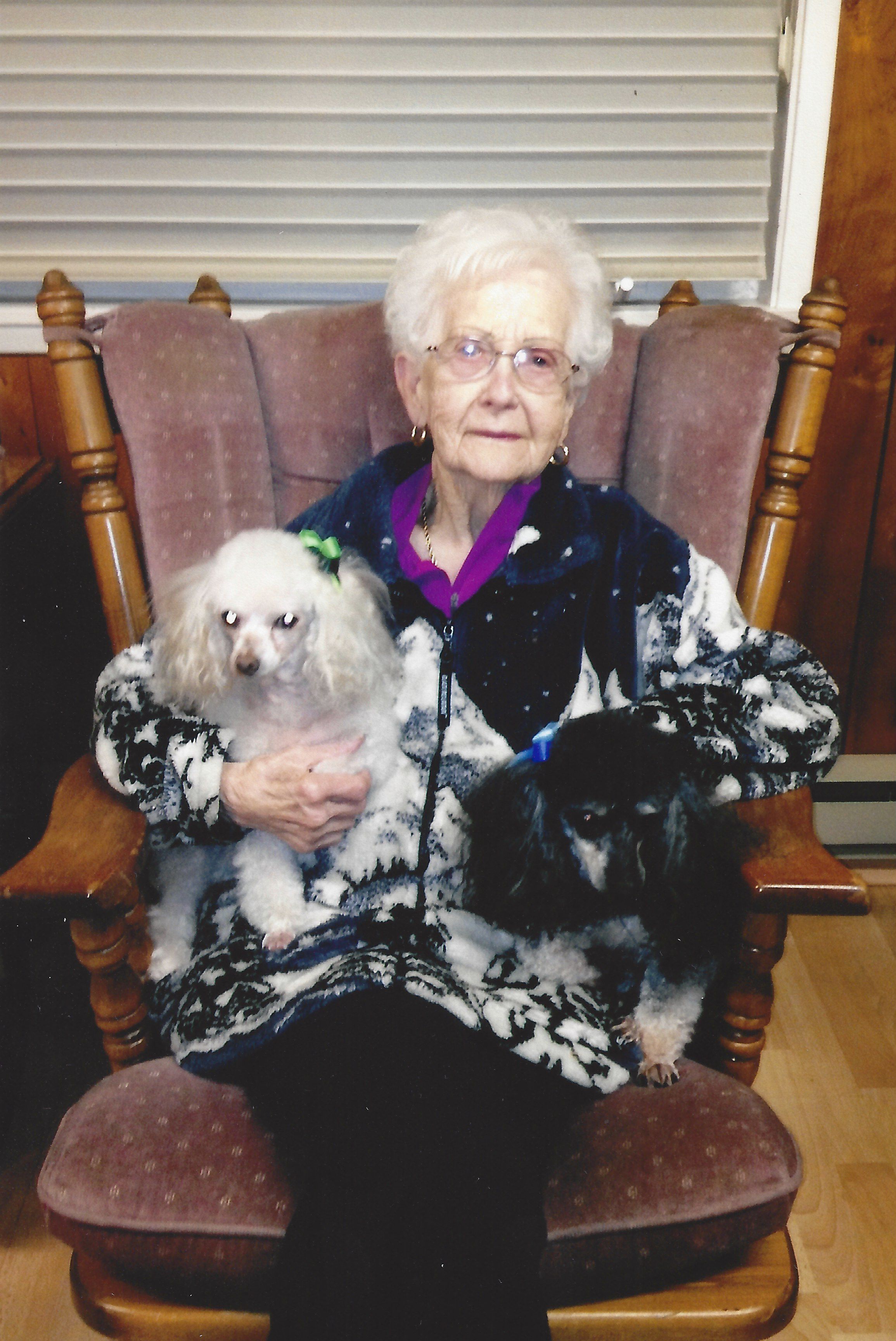 Muriel Minnie (Metcalf) Young, 96, passed away peacefully on Thursday, October 25, 2018 at her home in Sedro-Woolley, WA.

She was born on May 6, 1922 in Molson, WA the daughter of Norman and Mabel (Dunlap) Finsen.

Muriel attended Sedro-Woolley school district where she made many lifelong friends. She continued to remain friends with even the ones who moved out of the Country, but she did out live most of them. While attending High School she professionally Roller Skated with 2 young men. They did many performances traveling from Canada to Oregon. With her petite size she was tossed in the air and managed to land in their arms or on her feet.

Soon after graduating from S-W High School she married Fredrick William Metcalf, and had 4 children. Fred and Muriel also raised strawberries and raspberries, they employed many farm workers. While raising her 4 children she always had great work ethics. She was employed at Mount Vernon Coop, and a butcher at the local grocery store. She then decided to attend college and enrolled in the Nursing program, where she graduated at the top of her class. She worked as a nurse at United General Hospital, Skagit Valley Hospital, and Northern State Hospital. She retired from nursing and went to work for the Sedro-Woolley School District where she also retired. She could never be idle so she went to work volunteering and helping organize the Helping Hands Food Bank. After leaving there she starting doing many projects at home with friends and family. She found time in between all of this to walk with neighbors 5 miles a day 4 times a week. She also liked to travel with family to Las Vegas and Reno Nevada. Slowly she decided to have some fun at the local casinos with family and friends.

Muriel lived almost 70 years at her home in Sedro-Woolley, where she maintained 10 acres of many varieties of flowers, shrubs, and farm animals. She enjoyed reading, volunteering, praying, knitting, and card games. She raised several breads of dogs during her second marriage with her husband, Charles ‘Chuck’. They raised German Shepherds, Poodles, Cocker Spaniels, Cockapoo’s, and English Bulldogs. Her file cabinet was filled with many happy people who chose her puppies.

Muriel was a woman of many talents and love for all, an inspiration for everyone to follow. Her motto was as human beings we should all look to work hard, be kind, to have faith in God, and the more you give the more you receive. Also innocent until proven guilty. She was the glue to our family!

Per her request there will be no services. In lieu of flowers donations in her memory can be made to the local Humane Society, Helping Hands Food Bank, or a charity of your choice.