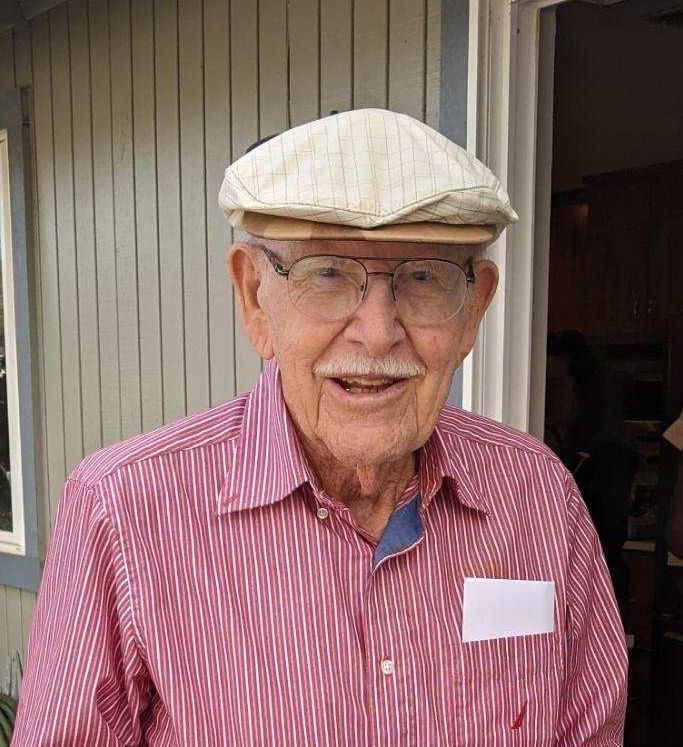 Ralph “Max” McKinley Jackson, age 97, passed away on May 31, 2022, at Skagit Valley Hospital.  He was born on June 18, 1924, in Dayton, Washington, the youngest child of Ralph L. Jackson and Margaret (Maggie) M. Ogden Jackson.  He grew up on a sheep ranch along the Tucannon River in Southwest Washington and attended the one-room Jackson School house through the eighth grade.  He graduated in 1942 from Pietrzycki High School in Dayton and enrolled in Washington State College (now WSU) that fall.

After one semester of college, he joined the Army and served in the 75th Infantry during World War II.  He fought and was wounded in the Battle of the Bulge and served in the European occupation forces at the end of the war.  Following the war, he returned to WSU where he met Betty Ann Jensen; they were married on February 14, 1948.  Ralph graduated from WSU in January 1950 with a degree in Civil Engineering.

After graduation they moved from Pullman to the Moses Lake area where Ralph worked for the Bureau of Reclamation for five years.  In 1955, they moved with their two daughters, Linda and Janice, to Burlington, and Ralph began his 32-year career as an Engineer at the Shell Oil Refinery in Anacortes.

Following retirement, Ralph took up golf and played regularly at Avalon, where he hit his only hole-in-one and was known as LBJ (Long-Ball Jackson).  Ralph and Betty enjoyed wine tasting in Eastern Washington, boating in the San Juans, motor homing to the National Parks of the Western US and Canada, and trips to Hawaii.  After Betty died in 2012, Ralph rediscovered ballroom dancing and joined a group that met weekly at Hillcrest Lodge and occasionally at the Mount Vernon and Bellingham Elks.

A service will be held on Saturday, July 2 at 1:00 pm at Burlington Lutheran Church.  (Masks are recommended but not required).  In lieu of flowers, the family suggests donations to the American Cancer Society (cancer.org) or Disabled American Veterans (dav.org).  Share your memories of Max and sign the online guest register.