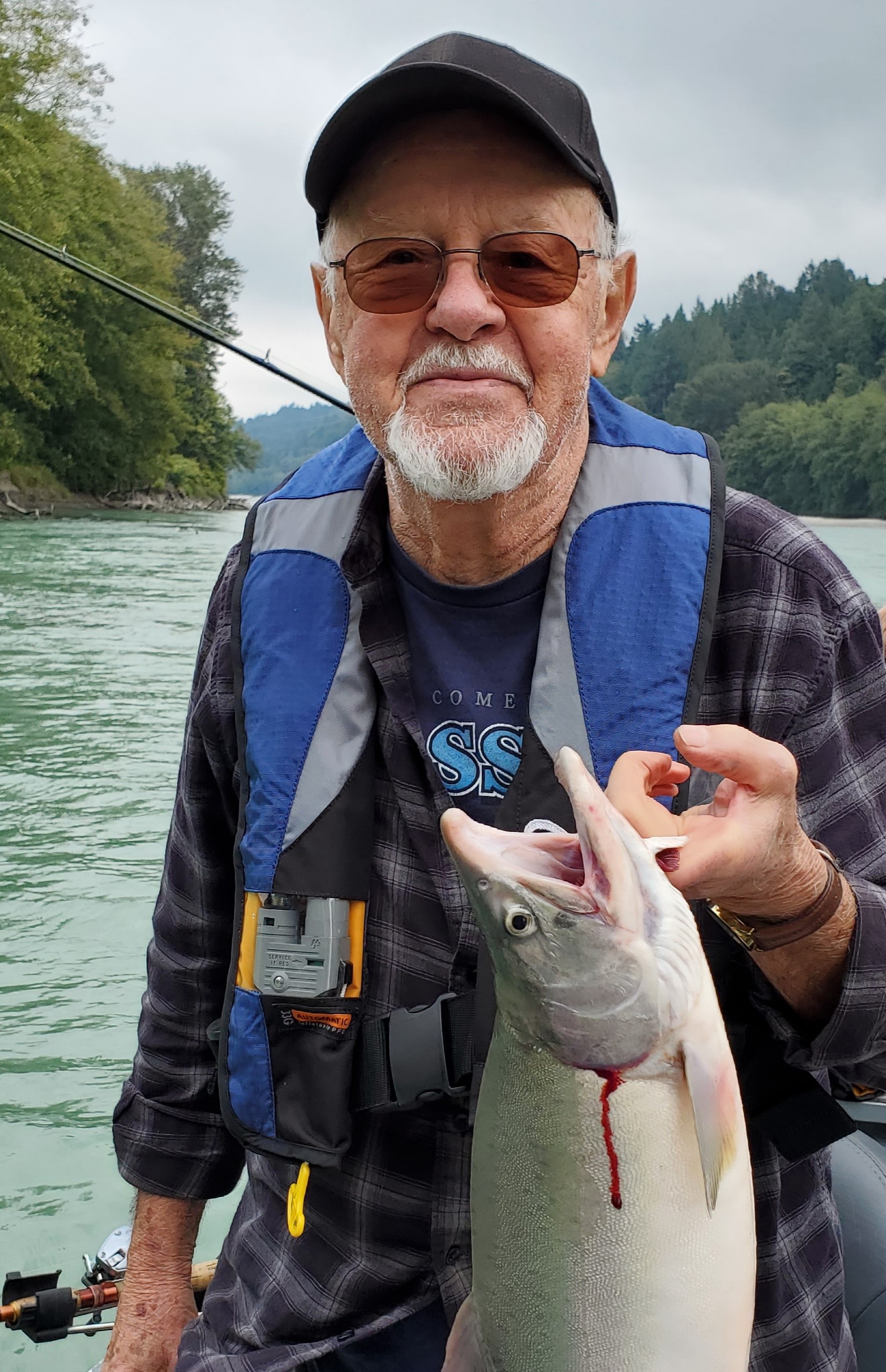 Richard “Dick” Carl Joneli, Sr., beloved father, Grandpa and Great Grandpa, passed peacefully at the age of 89 on December 26, 2022, in Burlington, Washington.  Dick was born November 6, 1933, in Bellingham, WA, the eldest of four children born to Frances and Carl Joneli.  He grew up in the community of Laurel and graduated from Meridian High School in 1952.  While still in High School, he joined the National Guard in 1951 and served as a reservist for over 13 years.  On August 28, 1959, he married Shirley Grinton where together they made their home in Sedro-Woolley and raised their two children, Debbie and Rich.

Dick moved to Sedro-Woolley to work as a mechanic for Nelson Chevrolet and soon thereafter joined the Sedro-Woolley Volunteer Fire Department.  He worked at Hamel Pontiac for three years before making his career at Skagit Steel/Bendix where he spent the next 30 years as a machinist mechanic in the assembly shop.  After Skagit closed, he worked several refinery turn-arounds with Brown & Root before retiring in 1991.

Dick and Shirley enjoyed RVing with friends and family, and in their retirement took a memorable trip around the United States and to Alaska.  They were privileged to have been longtime friends with a group of six couples who met monthly for over 60 years, enjoying dinner parties, playing cards together, and annual camping trips to Penticton and Lake Chelan.  After Shirley passed, Dick enjoyed going on MG car runs with his companion, Dorothy Embery and attending car shows in his 1936 Oldsmobile, fondly known as “the old girl”.  Up until this past summer, Dick could still be found tinkering in his garage where he kept busy restoring MG’s.  He especially enjoyed the tradition of making Swiss Bratzlie cookies at Christmas time and spending holidays with his family.

Dick was a proud 30-year Sedro-Woolley Volunteer Fireman, a long-time member of Bethlehem Lutheran Church; he danced with Shirley in the Skagit Squares, was a lifetime member of the Wildcat Steelhead Club, volunteered at the Community Soup Kitchen, was a member of the Mount Baker MG Car Club and member of the Antique Automobile Restorers Club.

Our deepest appreciation goes to the wonderful staff at Where the Heart Is and Hospice of the Northwest for the excellent care provided to Dick in his final month.

A private Committal Service will be held at the Sedro-Woolley Union Cemetery.  A Memorial Service will be held Wednesday, January 4, 2023, at 1:00 PM at Bethlehem Lutheran Church on Wicker Road with Pastor Darrell Schoen officiating.  Memorials in Dick’s honor may be made to the Sedro-Woolley Fireman’s Association, Bethlehem Lutheran Church, or Hospice of the Northwest.  Arrangements are under the care of Lemley Chapel, Sedro-Woolley.  You are invited to share your memories of Dick and sign the on-line guest book.