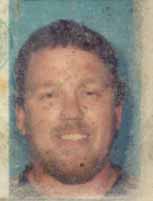 Terry David Deutsch passed away on Friday, February 21, 2003 at the Life Care Center in Mount Vernon after a courageous battle with cancer. He was 34 years of age. He was born July 10, 1968 in Seattle, WA the son of Richard and Ruth Smith Deutsch. Terry grew up in Mount Vernon where he attended school. He later resided in the Sedro-Woolley and Mount Vernon area’s. He worked as an installer, installing sprinkler systems for Commercial Fire Equipment in Anacortes. Terry enjoyed snow skiing, darts, horseshoes and sports of all kinds, but his passion was snowboarding. He is survived by his two daughters, Tarah Lynn Deutsch of Sedro-Woolley and Reesa Marie Deutsch of Anacortes. His mother Ruth Deutsch and stepfather Russell Howry of Sedro-Woolley. His father Richard Deutsch of Sedro-Woolley. A brother and sister, Randall Cramer of Lyman and Stephanie Marie Deutsch of Concrete. A nephew Brandon Deutsch of Bellingham and a niece Amanda Deutsch of Anacortes. Numerous aunts, uncles, nieces, and nephews.
Memorial Services will be Thursday, February 27, 2003 at 2:00PM at Lemley Chapel. Arrangements and cremation under the care of Lemley Chapel, Sedro-Woolley. You are invited to share your thoughts and memories of Terry and sign the online guest book at www.lemleychapel.com.