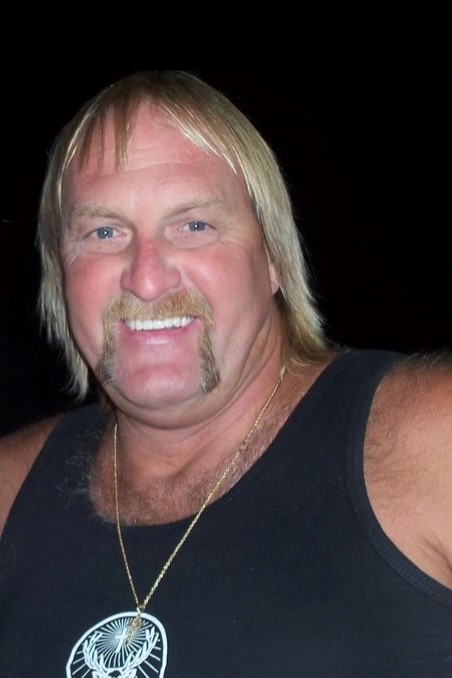 He grew up in Renton, moving to Sedro-Woolley in the 70’s and attended Sedro-Woolley Schools.  He married Wendy McCarter in 1978 they had two children, Gary and Taryn and later they divorced.

Garvin became a roofer at the age of 14 and also did auto repair in his younger years, and enjoyed painting cars.  In 2000, he started working for Pacific Tech Roofing where he made his lifelong career as a roofer and became a superintendent.  If you worked for Garvin, you were not just a friend, you became part of his family, and he always had your back. Garvin married Tami Miller in 2002 and their love for one another was undeniable.  They loved taking road trips and having their time together.  Tami’s love showed through with her caring ways of making him his favorite foods and being his caregiver and spoiling him.  Garvin was a loving, but with a tough guy exterior, jokingly thinking of himself as the baddest guy in the valley.  He had many nicknames that included The Vone, GAR, Hulkster and King of the castle.  Many would confuse him with being Hulk Hogan and would often ask for his autograph, he just ate that up!  Garvin’s “farm on the hill” brought him so much joy.  He loved all his animals: chickens, dogs, cats, turkeys, and pigs named Hammy and Starvin.  Otis Bodine was always his favorite dog they were inseparable and shared an unbreakable bond.  Garvin was a family man who loved with his whole heart, and his grandchildren were his pride and joy.  He loved having sleepovers and this meant lots of snacks, sugar and late night movies. He was preceded in death by his dad, Thurston Garth “Bud” DeLano; favorite uncle, Lowell Engberg; grandparents, uncles and cousins.

A time of visitation will be available from 9:00 to 5:00 Monday and Tuesday.  A Funeral Service will be held at 1:00, Wednesday, December 21 at Lemley Chapel, Sedro-Woolley, Pastor Ron Deegan presiding.  The graveside Committal will follow at Union Cemetery. There will be a reception following at the Sedro-Woolley Eagles. Please share your memories of Garvin and sign the online guest register.