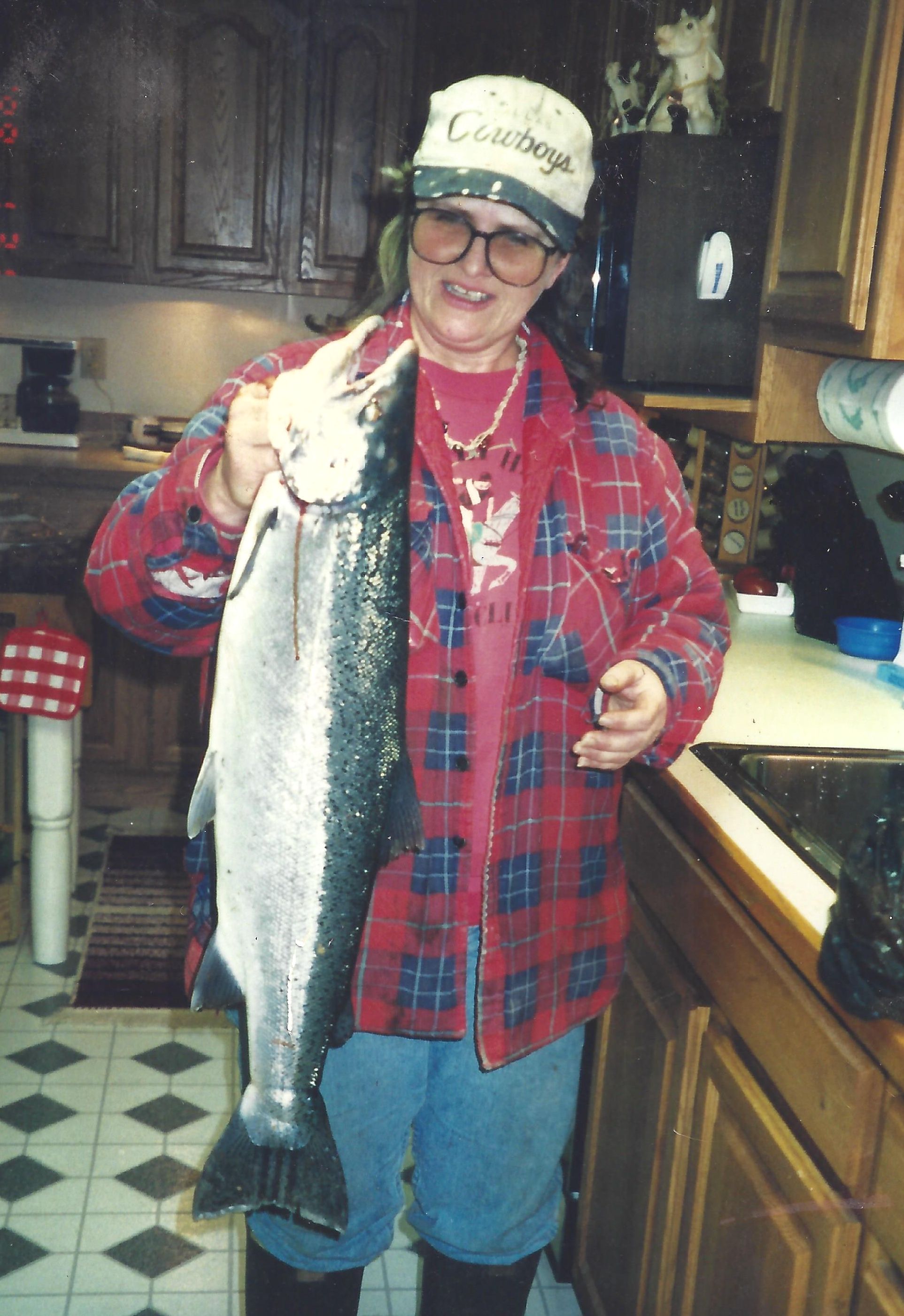 Vicki was born on January 3, 1950 in Port Angeles, WA, the daughter of Alfred & JoAnn (Olson) Messersmith.  She was raised and attended school in several communities on the Olympic Peninsula.

In 1972 Vicki married the love of her life, Charles Robert ‘Bob’ Cooper and from that union their daughter Karen was born. Bob tragically passed away in an automobile accident in 1982 and Vicki shortly thereafter left the Olympic Peninsula and moved to Skagit County settling in the Sedro-Woolley and Birdsview areas.

Vicki worked for the King County/Sedro-Woolley Housing Authority for over 25 years as a building maintenance engineer and grounds keeper for the Hillsview housing complex in Sedro-Woolley.

She was an AVID fisherman, fishing at every opportunity off the Washington coast and in the Skagit River, canning and smoking her catch; when Karen was small she was active in 4-H and the Sedro-Woolley Riding Club, volunteering for everything during Loggerodeo; she enjoyed her garden growing vegetables, and was quit the woodworking craftsman, making all sorts of items in her shop.  But most important to Vicki was her family, especially her grandchildren.

Vicki is survived by her daughter, Karen Fox and her husband Riley Burke of Concrete; granddaughter, Makhala Brister and husband Jace Brunson of Sedro-Woolley; grandson, Kadden ‘Bucky’ Fox of Mount Vernon; great-grandson, Cooper Brunson; several brothers and sisters and numerous nieces and nephews.  She was preceded in death by her parents; 1 brother and 1 sister.

Graveside Services will be held on Saturday, April 13, 2019 at 2:00 PM at the Lyman Cemetery with Pastor Roy Swihart officiating.  A potluck fellowship will follow services.

Arrangements are under direction of Lemley Chapel, Sedro-Woolley. Please share memories of Vicki and sign the online guest register.