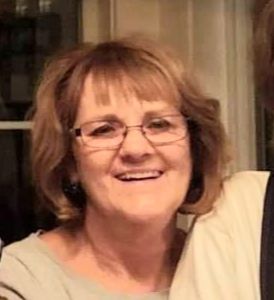 Vivian Lukacs Thompson, 66, a resident of Sedro-Woolley, Washington passed away at her home on April 29, 2020 from complications of ALS, Lou Gerhig’s Disease.

Vivian was born on November 1, 1953 in Mercer, Pennsylvania, the daughter of Stephen & Doris (Stowe) Lukacs.  She was raised and attained her education in Mercer, graduating from Mercer High School with the class of 1972.   She then attended Edenborough University for two years.

Vivian met her husband of 43 years here in Skagit Valley in 1975 after his discharge from the Marine Corps when she came to the valley to visit a friend from her home town.

Bill and Viv soon moved to South Lake Tahoe, CA during the winter of 1976 to be “ski bums” while working at the casinos and ski slopes.  They were married on June 24, 1976 in Lake Tahoe and the made their home there for four years until returning to Pennsylvania.  In 1983 they then moved to Redding, CA where they lived until 1996 when they finally resettled in the Skagit Valley.

Vivian enjoyed sewing, embroidery and just relaxing in the sun.

Vivian is survived by her husband, Bill, daughter, Jan  and son, Doug all of Sedro-Woolley, WA and son, Dustin of Stanwood; her brother, Paul Lukacs and wife Kathy of Suwanee, GA; sisters, Patricia Knause and husband Andy of Lancaster, PA, Pamela Como of Grove City, PA and Stephanie Lukacs of Pauleys Island, SC and several nieces, nephews and cousins. She was preceded in death by her parents Stephan & Doris, and her youngest brother Larry.

Private family burial was held at the Sedro-Woolley Union Cemetery on Monday, May 11, 2020.