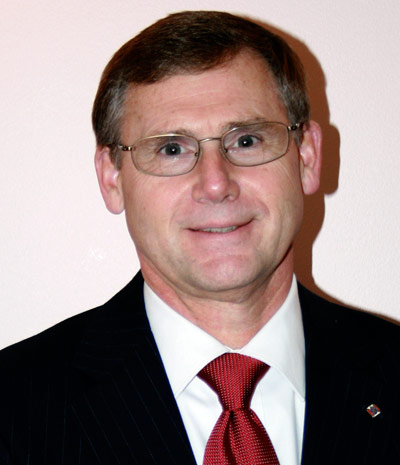 Doug Hutter grew up in Everett, Washington, and went on to receive his Bachelor of Arts in Hotel and Restaurant Administration from Washington State University. Doug and his wife of over 25 years, Eileen Derry have two grown children, Rose and Matthew. Doug worked his way up to management in the restaurant business but always felt he could do more to serve people. He began working part time at Solie Funeral Home in Everett and soon he realized how he could be of ultimate service to others. So, while continuing to work in Everett he began the process of fulfilling his passion by becoming a licensed Funeral Director. He was licensed 1996. He later followed that by attending Mt. Hood Community College where he received his degree in Funeral Science which qualified him for his Embalming License in 2009. Doug and his wife moved to Sedro-Woolley and joined the Lemley team in 2009. He became a partner in 2012 and has owned the funeral home since Rick Lemley’s retirement in 2020.

He has been involved with the Boy Scouts of America and the Knights of Columbus, which accentuates his love for community service. He is also on the Advisory Board of PIMA Funeral Service Program.

Working in funeral service has brought Doug “closer to his Christian faith and has found that working in the funeral business has become a ministry” for him.

Tobi Stidman (Funeral Director) was raised in Mt Vernon where she graduated from High School. Her first job was working in the family restaurant business. In 1994 she married Temothy Stidman they soon moved to Concrete and in 1995 started their family (two lovely girls and two handsome boys). During this time Tobi worked as a caregiver for several families in the area, always reaching out with compassion and understanding as their days came to a close. She also worked with mentally challenged individuals, giving them the same love, support and understanding. After years of working to help prepare the living for the inevitable, she found her calling and began the arduous task of single-handedly raising four children, working and attending classes to become a Funeral Director. She interned at Kern Funeral home in Mt Vernon before moving to Lemley Chapel where she would be closer to her family and more available to her community at time of need. She received her Funeral Director’s license in 2012 and is currently the only female licensed Funeral Director in the county.

Tobi is active with her daughters in softball and cheerleading and enjoys her son’s football games where she explodes with enthusiasm. She is a member of the Assembly of God Church in Concrete. She is an advocate for special needs counseling and actively joins with her children at The Landing, a haven for young people who have suffered the loss of loved one. To quote Tobi: “I like being able to be there for families who are going through the worst time of their lives. I can be an anchor, a guide for. Even though I can’t take the pain away, I can make it a little easier for them – I’ve sat in their chair.” Ashley Latham (Funeral Director and Embalmer) began working at Yakima funeral homes when she was just 16. In 2003, she graduated with her HS diploma and Associate degree and then attended Eastern Washington University, where she continued working for funeral homes in the Spokane area.  She realized that what she had been going to college for was no longer her passion…but that serving grieving families and taking care of their loved ones was.  So, right after graduating in 2006, Ashley served her funeral directing and embalming apprenticeships at Bruning and Kimball Funeral Homes in Whitman County. While at EWU, she met her future husband, Tony, and they married in 2007.  When Tony was set to deploy overseas for a year, the couple moved back to Spokane to be closer to friends and family and worked for Hennessey Funeral Homes, later running one of their locations. She graduated from Mortuary School during that time as well.  While Tony was in Iraq they welcomed their first son and a year later their second son was born.  In 2013, they moved to the Tri-Cities where Ashley worked for Einan’s at Sunset Funeral Home as an Assistant Manager, Funeral Director and Embalmer.  Early the next year they welcomed their third son.

They decided it was time to take a break and focus on their family and they moved to the Skagit Valley in 2015 where Tony’s family has lived for generations.  Ashley couldn’t stay away from serving families during this time however and opened her own business, creating very out of the box custom urns, which she loved doing for many years.  With their sons now a bit older, Ashley began working for Lemley Chapel in 2022 as a Funeral Director and Embalmer again.  She loves serving the community that she has come to adore so much.

When she’s not working you can find her homeschooling, hanging out with her husband and boys, volunteering for Skagit Gleaners and other organizations, helping lead a small church with her husband, canning and food preserving, or doing something crafty. 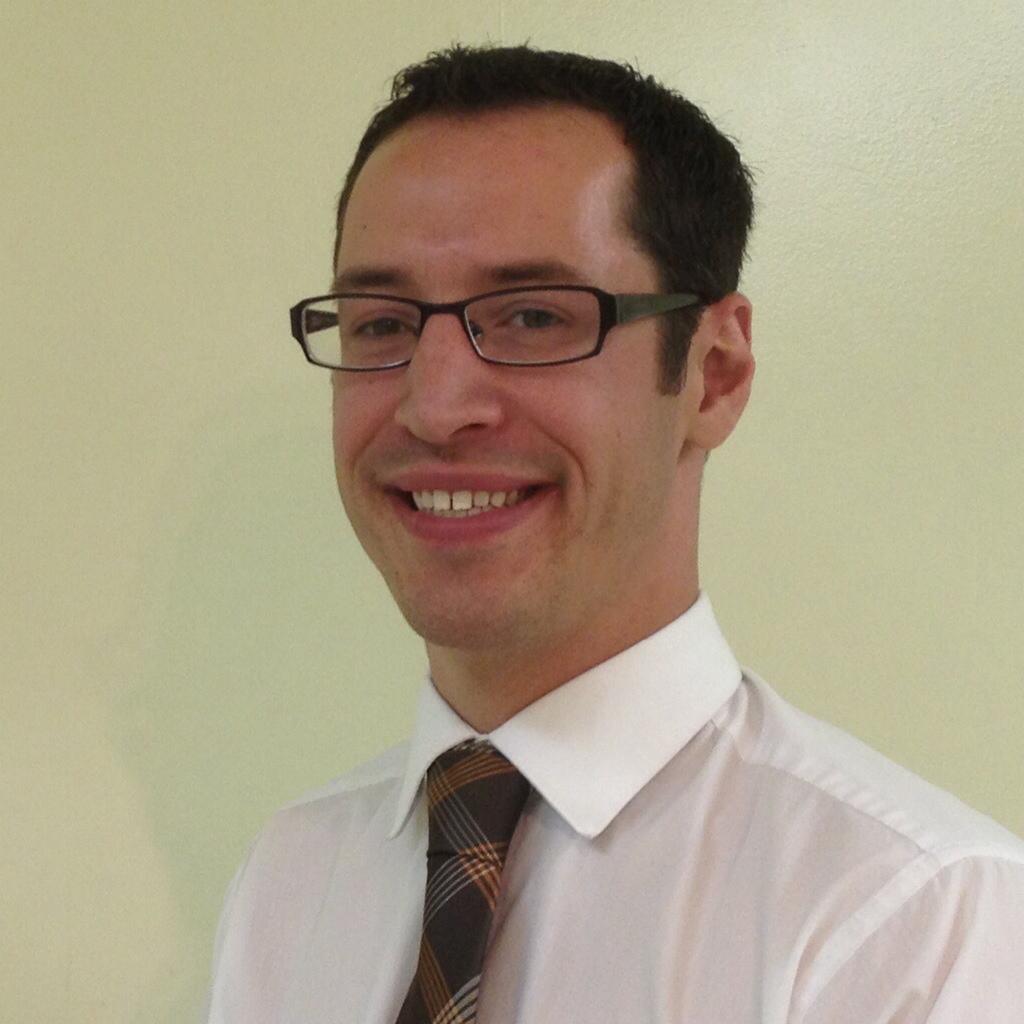 John Hetherington (Embalmer) grew up in the Yakima County area of Washington State. In 2008 he moved to the Skagit Valley area where he planned to make his home. John has worked in the service industry since arriving in the Skagit Valley making superior customer service his main goal. Well before John’s move, he had a longing desire to work with families in some way.

In 2012 John’s grandmother died, an event which was life changing for John. His grandmother’s death allowed John to know for certain that the funeral profession was his calling. John attended the Mortuary Science Program at PIMA Medical Institute in Seattle. Several times each week John would get up extra early, after working the night before, to drive the one-and-a-half hours to school, only to return that evening to attend to work or study. John successfully completed the program being graduated with the ASS degree in Mortuary Science. In his spare time, John enjoys relaxing, exploring, and playing with his young son. 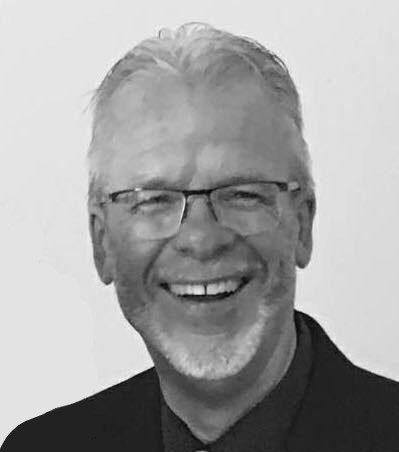 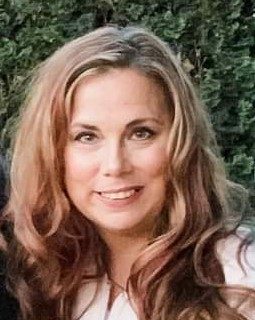 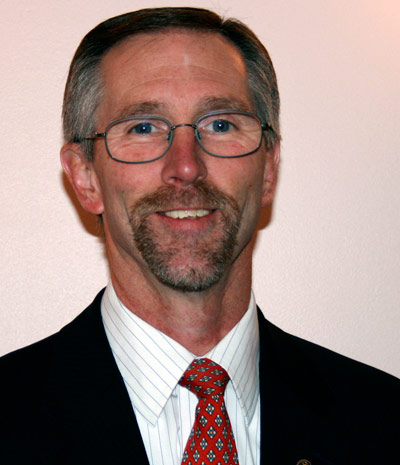 Rick Lemley (Retired Owner, Funeral Director and Embalmer), a lifelong Sedro-Woolley resident, began working with his grandfather, father and uncle in 1975. He has been a licensed Funeral Director-Embalmer since 1981. He became a partner with his father in 1995 until his father’s retirement.  Rick recently retired in 2020.