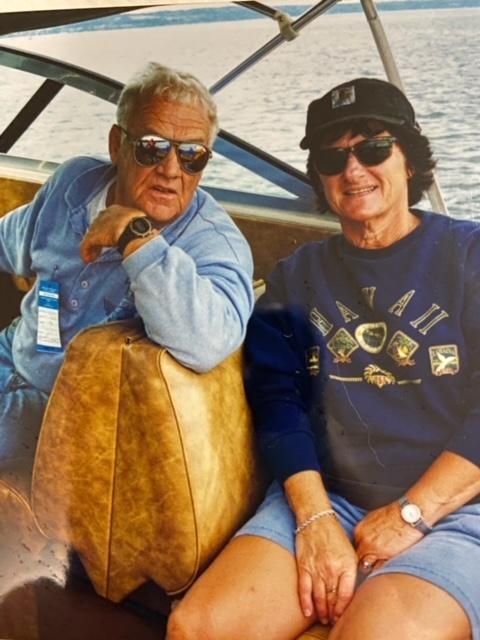 Duane L. Schireman passed away December 3, 2022 in Everett, Washington.  He was born July 6, 1937 in Bothell, WA to Selma and Alvin ‘Buck’ Schireman.  He spent his early childhood in Bothell and Darrington, eventually moving to Everett, and graduating from Everett High School in 1956.  He was always a proud Seagull.

Duane attended Everett Junior College and then joined the Army Reserves.  He volunteered to take two years active duty in the Army and was stationed at Schofield Barracks, Honolulu, HI, where he also played football for the Army.  Upon completion of active duty, he returned to his hometown Everett.

In 1959, he met the love of his life, Rosanne Willson, whom he married just six months later.  He started work at the Snohomish County PUD as a meter reader and retired as an outside service lineman.  He worked many storms, including the Columbus Day storm in 1962.  He enjoyed his work immensely.

While at Everett High School, he lettered in several sports.  Duane spent many years as a high school football and basketball official.  He was inducted in the Snohomish County Officials Association Hall of Fame in 2013.  He coached Little League baseball and football.

Duane became Catholic and spent his life as a member of Immaculate Conception Church, where he served as an usher and was involved in many functions at the school.

Duane loved to travel with Rosanne.  He especially loved their road trips to Sun Lakes, Arizona, and Utah.  He loved his time in Maui, soaking up the sun with family, friends, and especially Rosanne.  Duane loved being in the wheelhouse taking family and friends crabbing in his boat, the Mako.

Duane was fiercely loyal to all his family.  He loved his children and was so proud of each one.  Debra (Steven), Michelle, Duane Paul (Mary), Michael (Allison); grandchildren, Meagan (Jen), Chris (Brenda), Sarah (Kellen), Kaitlan (Matthew), Mark (Casey), Paul, Jiena, Taylor, Carson, and Jacob (deceased), and eleven great grandchildren and one great grandson on the way.

He was predeceased by his parents and brothers, Alvin and Loren.

Everyone enjoyed listening to his stories. He was loved by all who met him.  He will be greatly missed by all of us.

In lieu of flowers, donations may be made to the veterans’ support organization of your choice, which was very important to him, or a cause of your choice.  Please share your memories of Duane and sign the online guest register.