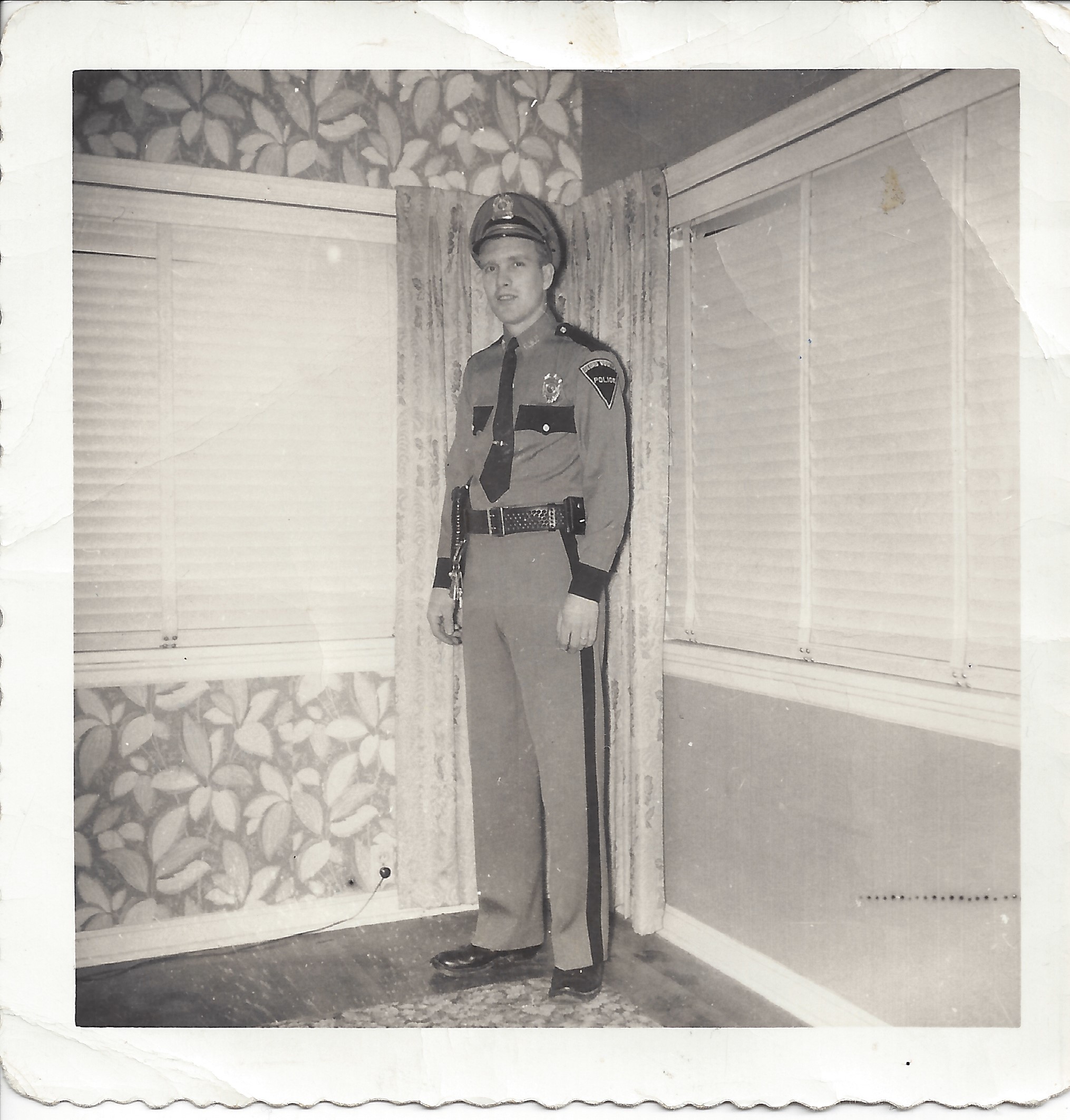 Harold Beitler peacefully passed away November 10th at the age of 93 surrounded by his family. He was born to George “Dode” and Pauline Beitler on October 19th, 1927 in St. John, Kansas.

When the Great Depression and the Dust Bowl hit the mid-west the family moved to California when he was 8 years old. The family later moved north and settled in Sedro-Woolley when he was 16. Harold left high school early to join the Merchant Marines; after a yearlong tour he returned to finish high school. Harold joined the Army and proudly served in the Korean War where he earned the rank of Sergeant. When he returned home in 1952 his love of cars led him to build his first race car and travel to several tracks around the state. He was one of many volunteers that helped build Skagit Speedway and he raced the first race there on Labor Day 1954. Harold loved Sedro-Woolley; he was a policeman for 20 years, volunteer firemen for 37 years, city councilman for 8 years and volunteer ambulance driver for 13 years. He had over 75 years of community service for Sedro-Woolley. He was always ready to help a friend or teach a co-worker about his job. You knew if he liked you by the fun teasing he gave you.

Harold was proud of the 4 boys he raised and enjoyed his grandchildren and great grandchildren. He married Bonna Harrison in 1988 and they enjoyed traveling to many locations at home and abroad.

Harold is survived by his wife, Bonna Beitler of Sedro-Woolley; four sons; Dan (Pat) Beitler of Mt. Vernon, Gene (Suzie) Beitler of Mesquite, NV, Steve Beitler of Burlington and Brian (Linda) Beitler of Fargo, ND. He has two step children, Greg (Sue) Elder of Adamstown, MD and Angie (Jim) Jablonski of O’fallon, IL; along with numerous grandchildren; great grandchildren and nieces and nephews. He was preceded in death by his parents George “Dode” and Pauline Beitler; his brother Johnnie Beitler and his sister, Juanita Crumrine. Harold was very proud to serve his country and community and he flew the American flag on a regular basis.

A public viewing will be held Friday, November 20th, from 1:00 – 7:00pm and a graveside service will be held Saturday, November 21st at 1:00pm at the Union Cemetery in Sedro-Woolley. Share memories of Harold and sign the online guest register.