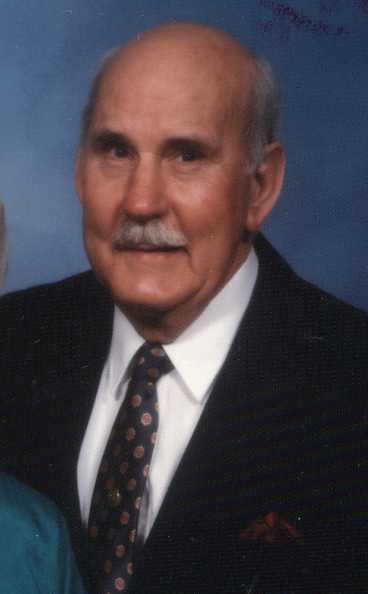 James H. Alley, 85, a resident of Sedro-Woolley, passed away at the Clayton House on Friday, March 14, 2008.
Jim was born on July 20, 1922 in Mount Ida, Arkansas, the son of James H. & Grace V. Davis Alley. He was raised and attended school in Arkansas and from there in 1942 enlisted into the U.S. Army during WW II where he was a paratrooper with the 101st Air Borne Division. Jim was depicted in the HBO mini series ‘The Band of Brothers’, telling the story of the 101st Division’s D’day jump into Germany and the battles they encountered, and Jim was one of the few to make it to Hitler’s retreat. He was the recipient of three Purple Hearts and four Bronze Stars for his service in Normandy, Central Europe, Rhineland and Ardennes. After his discharge in 1945 he moved with his family to California, living there until 1951 when he moved to Washington.
Jim was a general contractor, mostly in the King County area, remodeling and building homes and commercial buildings.
Jim was united in marriage to Elizabeth ‘Bettie’ Riley in Seattle in 1975 and after his retirement in 1987 Jim and Bettie moved to Marblemount where they lived for several years until finally settling in Sedro-Woolley.
Jim & Bettie enjoyed traveling around the country and Jim enjoyed fishing.
Jim was a member of the American Legion in Concrete and Sedro-Woolley, the Disabled American Veterans and the 101st Air Borne Division Association.
He is survived by his sons, Kim Alley and his wife, Linda of Woodinville and Garry Alley and his wife, Grace of Acme. His daughter, April Benenati and her husband Steve of Seattle. His step-children, Leah Owen, Bonny Sheppard and William Young. A special niece, Sue Calkins and numerous grandchildren, great-grandchildren and other nieces and nephews. He was preceded in death by his wife, Bettie in 2007, 2 brothers and 2 sisters.
Memorial Services with Military Honors will be held on Saturday, March 22, 2008 at 12:00 noon at the First Baptist Church in Sedro-Woolley with Pastor Kirby Bertholf officiating. A fellowship will follow at 1:00 PM at the American Legion hall. Private inurnment will be at the Sedro-Woolley Union Cemetery.
Cremation arrangements are under the direction of Lemley Chapel, Sedro-Woolley.