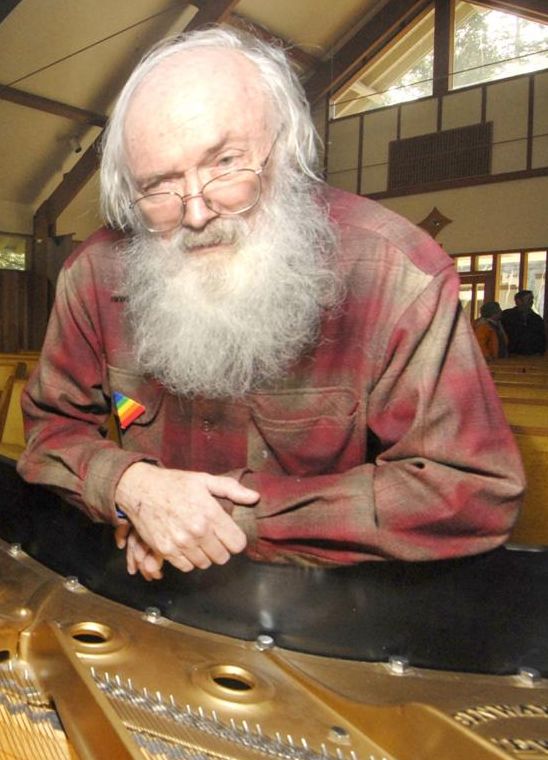 Local musician, teacher, activist, and humanitarian, Jerry Sommerseth, passed away April 23, 2019 after a long illness. He was 83 years of age.

He taught in the Sedro-Woolley School District for many years, as well as teaching private music in the county.  Additionally, Jerry’s deep commitment to social justice and environmental causes endeared him to many.   He was widely known for inspiring others to stand with him in a weekly protest in front of the Skagit County Courthouse to bring attention to his many selected causes.

For more than 30 years he organized and presented concerts in honor of Beethoven’s December 16th birthday, on the closest Sunday to that date.  Jerry was able to attract local as well as regional musicians who appreciated his love of classical music.  Attendees scheduled their Christmas activities around the concert and the venue was most often filled to overflowing.

He was also involved with PFLAG of Skagit County, serving the needs of local LBGTQ persons here.  He worked with groups seeking to provide better conditions for farmworkers and migrants, always seeking to fill a need where he could.

Jerry’s long-time friend and former student Dale Huggins and his wife Gail supervised his care during the past few years.  Dale advises, “One thing I know, Jerry would never have wanted us to waste time grieving for him.  Laughing, singing, remembering good times, and continuing his good work are what Jerry would have wished from us.  Remember how he taught us and always gave of himself to help others; gave far more than expected!  We could not have had a better example.”

A Life Celebration Service for Jerry will be held on Saturday, June 22, 2019 (his birthday) at 1:00 PM at the Central United Methodist Church, 1031 Polte Road, Sedro-Woolley. Please bring stories to share.