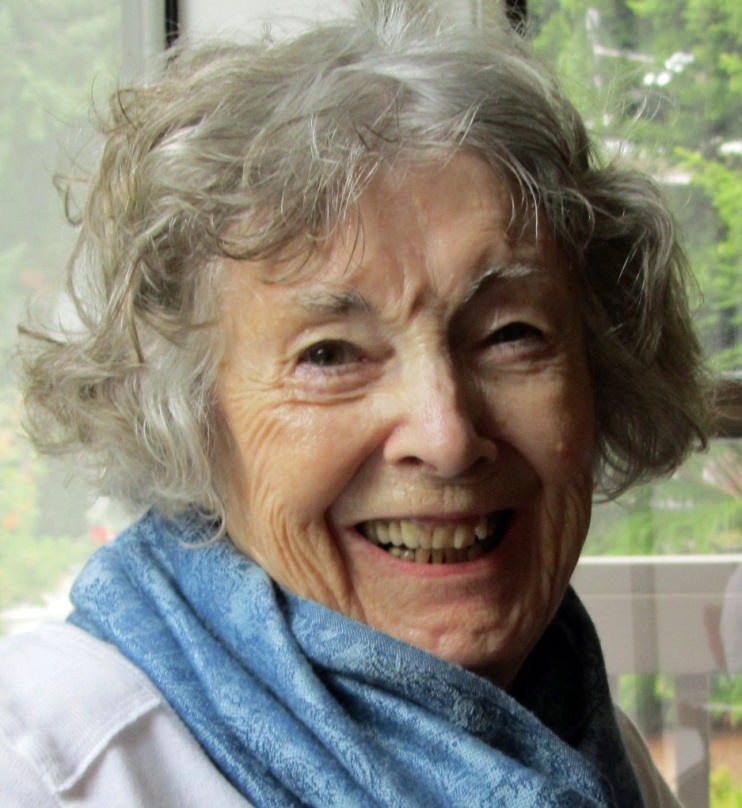 Kathleen Conlon Ridgway lived a long and magnificent life. Kathleen was the granddaughter of 4 Irish-American Washington State pioneers. After being born in Sumner, Washington, Kathleen moved with her parents, Frank and Ellen Conlon, to Mount Vernon in the early 1930s, where Frank bought and operated Highland Pacific Dairy, along with his business partner Ted Reep. Frank had Kathleen serving ice cream from the age of 8 at the site located next to the county courthouse.
After experiencing losses, as so many families did during WWII, Ellen stepped in to manage the business with Ted and with the invaluable help of her cousin, Russell Rawls. Kathleen was a proud graduate of the Mount Vernon High School class of 1947. She attended college, joining the Kappa Delta sorority, where she made friendships that lasted a lifetime. After a brief but glorious 18 months living in Hawaii, Kathleen returned to the Skagit Valley to help manage the family business, which by then included the Pepsi-Cola franchise as well as milk and milk products production and delivery.
Soon thereafter, she met, fell in love with and married her husband, Hugh Ridgway. They moved to Sedro-Woolley where he had begun his law practice, and started their family. While raising her 4 children, Kathleen continued her career, not allowing herself to be pinned down by the restrictions on women of that era, which made her a great role model to her 3 daughters and son. Hugh and Kathleen built their home on Ferry Street in Sedro-Woolley, where their 4th of July parties were renowned, a must-stop for visiting politicians of both parties.
One day, Kathleen noticed the old Sedro-Woolley bandstand sitting derelict and decided it needed to be restored. The city was happy to give it up, if only it could make the long trip down Ferry Street. It did, not without some trepidation, and still sits as a local historic landmark at the family home. Kathleen served for many years on the Sedro-Woolley Library board, and was a great advocate for the library and for reading.
Kathleen was always an active member of the Skagit County Catholic Community, first with her parents at Immaculate Conception, then with her family at Immaculate Heart of Mary, and in later years at Sacred Heart and St. Paul’s. During the 1970s, she served with others to create the design of the Sedro-Woolley church as it appears today.
After seeing her children off to college, Kathleen was finally able to pursue her dream of becoming a psychologist. She obtained her master’s degree, with high honors, in Existential-Phenomenological Psychology from Seattle University at the age of 57 and began a long career as a children’s mental health therapist. She felt blessed and enriched to be touched by so many lives during this time.
Kathleen suffered the loss of the love of her life, Hugh in January, 1996. Hugh was a beloved attorney and judge. Every year, the Skagit County Bar Association bestows the Hugh Ridgway Award to a Skagit County attorney who exemplifies the highest degree of professionalism.
Upon retirement, she was able to devote herself to adoring her 5 grandchildren, working on her family history and Hugh’s family history, and continuing her vibrant social life. In her final months, she was blessed to receive the warmest and kindest care from Dr. Nancy Llewellyn and the staff at Fidalgo Care Center, plus so many who provided ministerial and spiritual comfort.
Kathleen was preceded in death by her husband, Hugh Ralph Ridgway; her parents, Francis and Ellen Conlon; her brother, George Perkins.
Kathleen is survived by her daughters, Sheila Conlon Ridgway, Maureen Abbott Ridgway and Deirdre Kathleen Ridgway; her son, Hugh Randolph (Kathy) Ridgway; her grandchildren, Conlon and Emma Garcia and Joseph, Kyle and Zachary Ridgway, plus numerous relatives, including Steven and John Ridgway, Tim and Michael Rawls and Tami (Rawls) Gilbert. Finally, she is survived by many friends and colleagues who felt that she played a distinctly maternal role in their lives.
Kathleen, like her husband, had a great liberality of thought about the diversity of the human experience and took great satisfaction in life’s complexity. To the end of her life she retained an intelligent grasp on world affairs, remained an active reader, kept an active schedule of social functions and never forgot a name or a face. We, her children and grandchildren, relatives, friends and colleagues are diminished by our loss but also richer for having her share our lives. We feel the comfort that she has joined with those who went before her, watching over us from above.
Please join us as we gather to celebrate a Funeral Mass of her remarkable life at Immaculate Heart of Mary Catholic Church, 719 Ferry Street, Sedro-Woolley at 1:00, Saturday, October 22, 2016.
Donations are suggested to Catholic Community Services of Western Washington, 100 23rd Avenue S., Seattle, WA 98144 and the Sedro-Woolley Public Library, specifying for the purchase of large print books, 802 Ball Street, Sedro-Woolley, WA 98284.