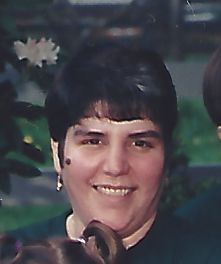 Kerri Elizabeth Laird (Stump), 58, passed away on April 9, 2020, with her daughter and a sister at her side, following an extended illness and battling cancer for the second time.

Kerri was born on March 28, 1962 to Dr. Fred and Betty Stump in Burlington, Washington, the third of four girls. Graduating from Burlington-Edison High School with the Class of 1980, she lettered in volleyball, played the saxophone in concert and stage band, as well as served as ASB treasurer. She attended Pacific Lutheran University and Western Washington University to study accounting before moving to Florida in the early 80’s, where she lived until returning home to Skagit Valley in 2006.

A little shy and very stubborn, Kerri was a kind friend who, despite practicing social distancing before it was a “thing,” would step up and help whenever she was asked. She could always make you smile (or more likely laugh out loud with a quick quip!). Not really a traditionalist, she did have one unwavering routine – Wednesday night was “Survivor” night, and she would settle in with her dog, Chopper, to text a steady stream of banter with Jim Rabenstein. A loving mother to Adam and Amanda, Kerri raised her two children mostly as a single mother while working as a commercial lines underwriter in Orlando, Florida.

Her family would like to thank the staff at Skagit Valley Hospital for the care they provided during her illness, as well as Ryan & Michelle Neff and their kids for providing Chopper with a loving forever home. A celebration of life will be held when friends and family are able to come together and share their memories of Kerri. Arrangements are under the care of Lemley Chapel.